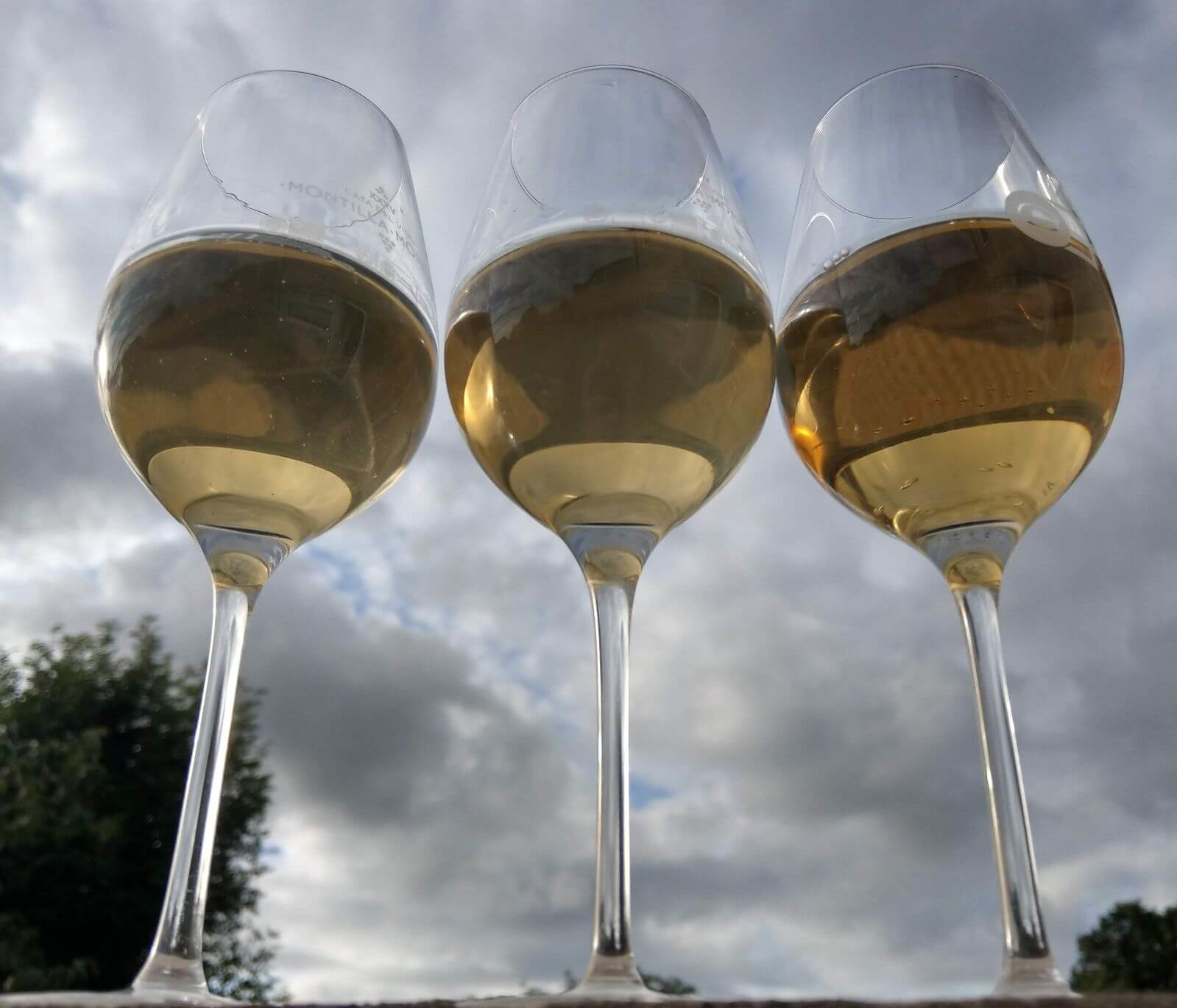 The 3 Miradas project represents a search for the expression of a terroir historically known as Sierra de Montilla – Calidad Superior. Our review of the 1st release of the 2016 vintage which was released in late 2017 can be found here.

Álvaro with Laura at the Big Fortified Tasting in London, April 2019

We were very kindly given these bottles from the 2nd release, from late 2018, to review in January 2019 by María Alvear and Álvaro Ruiz Lopez when we met up in Montilla. This meet up featured in our previous article on the website here. 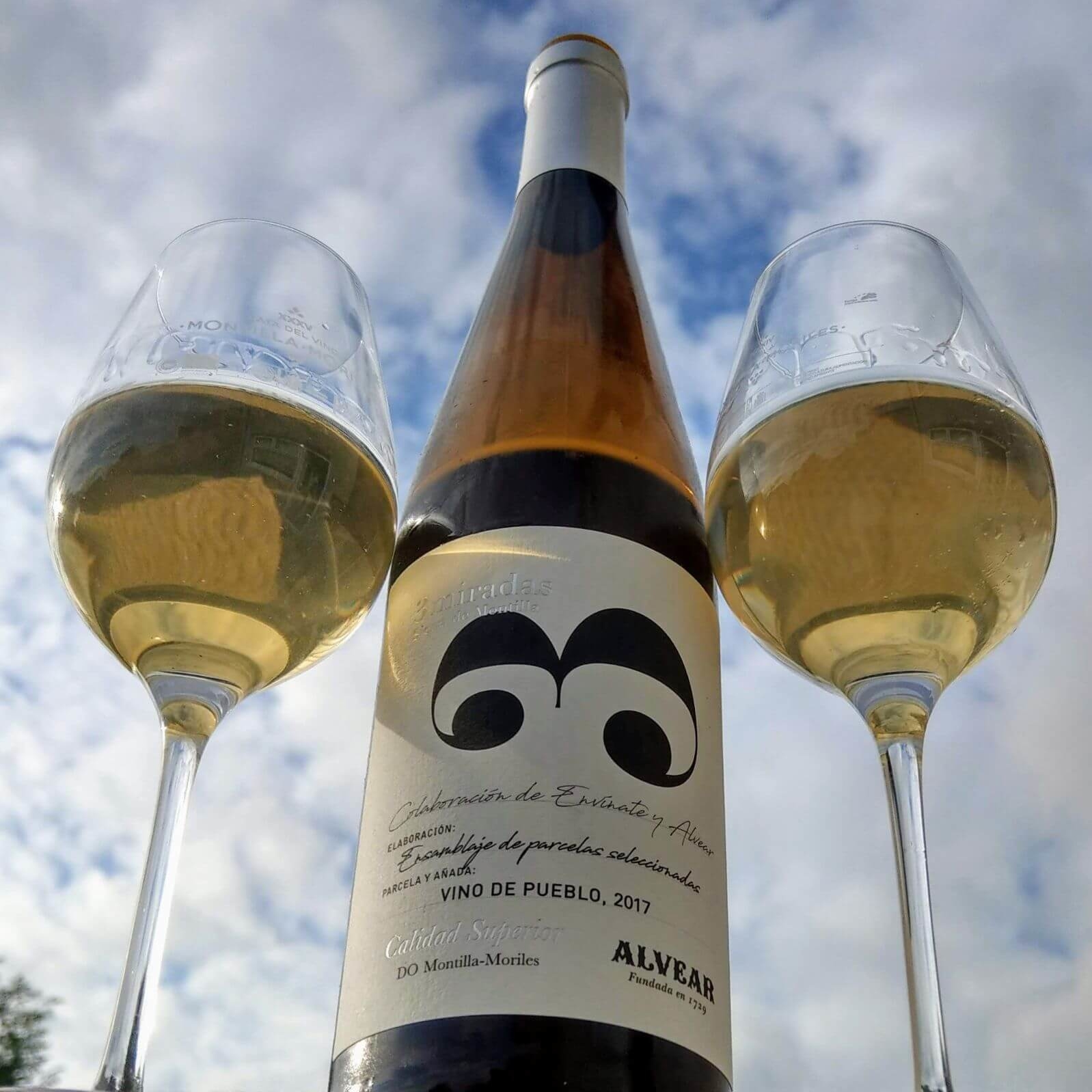 The 3 Miradas Vino de Pueblo is a combination of 100% Pedro Ximénez grapes from plots located in the Riofrío Alto and Cerro Macho in the Sierra de Montilla. They were directly pressed without maceration and fermented in tinajas, traditional concrete amphora at Lagar de Las Puentes winery and 8 months spent under a “velo de flor”. This would be classified as a village wine under the Burgundian classification and is a collaboration between Envínate and Bodegas Alvear. 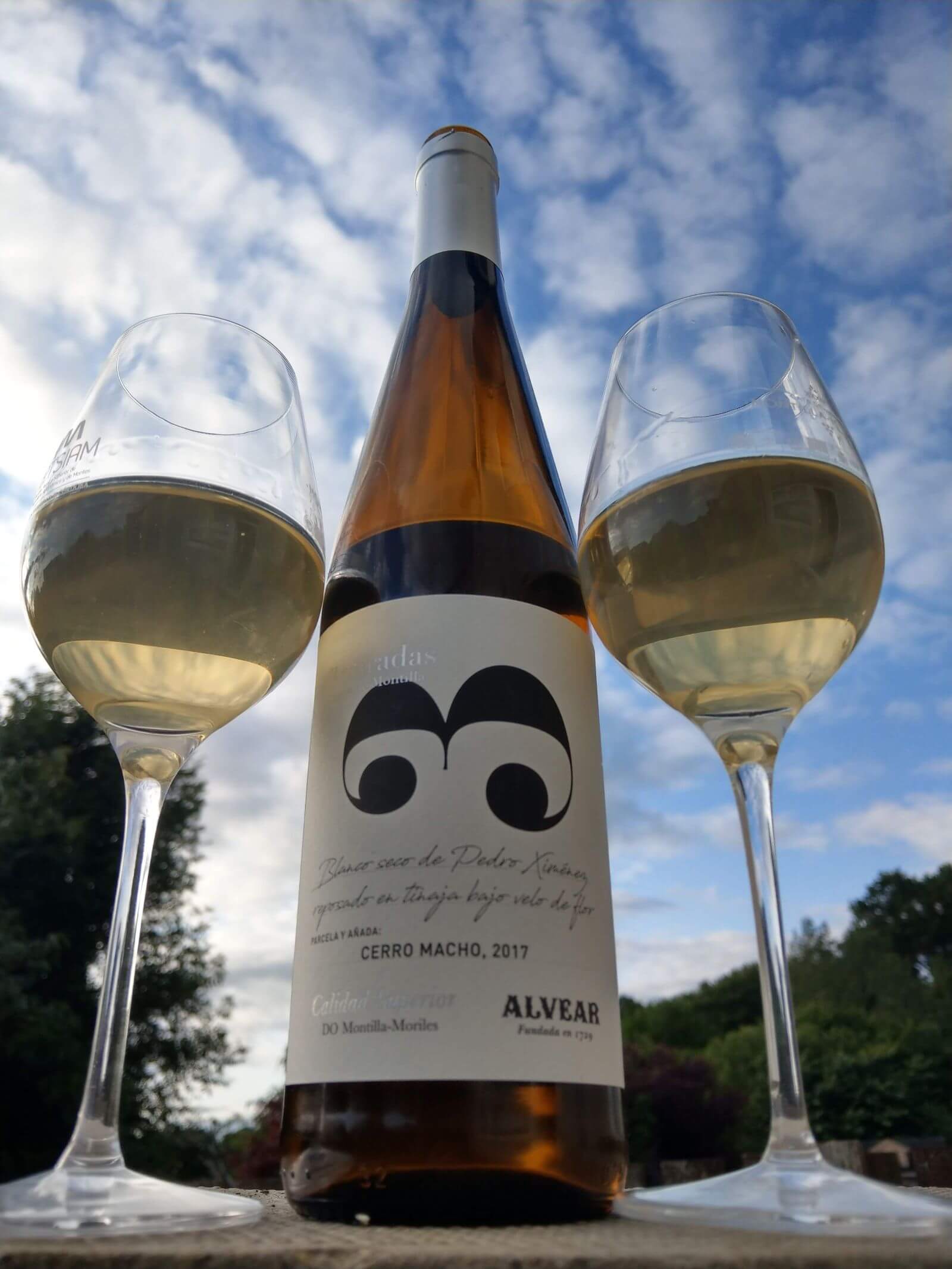 The Cerro Macho plot on the edge of Riofrío Alto has a southwest orientation and is located at 610 meters. Using old-vine Pedro Ximénez from growers José Rosa and Juan Antonio Espejo, it is fermented in tinajas and then moved into neutral barrels.

Nose: There is a hint of wood initially with red berries – strawberry rather than raspberry. Green apples predominant with lime zest, applewood and minerality.

Finish: Another dry finish with notes of pear and orange zest. 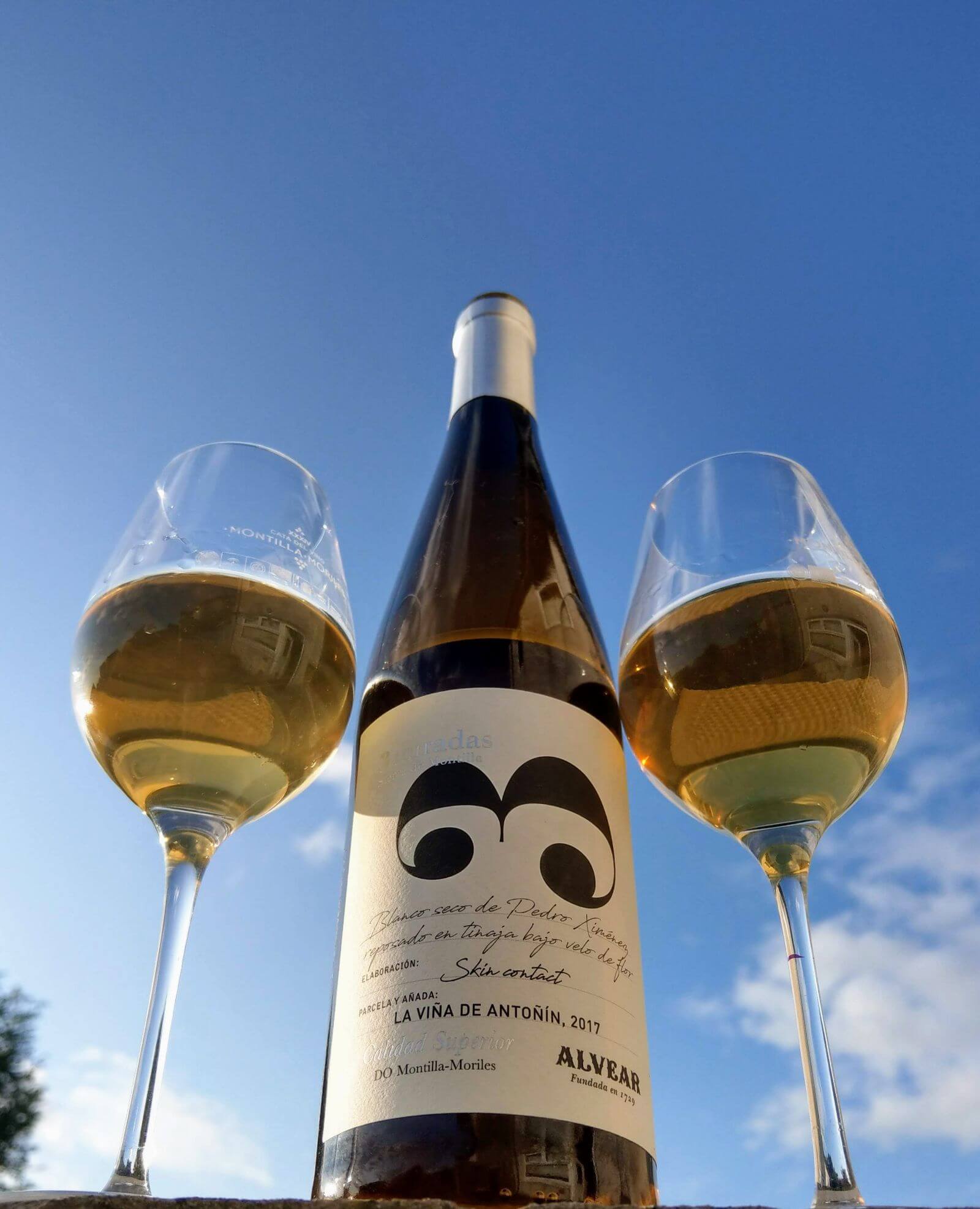 This is the 1 skin contact wine remaining from the original 3 found in the 2016 range. La Viña de Antoñín is a west-facing parcel at 525 meters, located in the Riofrío Alto again using old-vine Pedro Ximénez and some Vidueño, worked on with grower Pablo Delgado. The grapes were foot trodden in open bins and skin contact was 10 days, less than the 2016 release, before being transferred into tinajas with ageing under a velo de flor for eight months. A limited release of only 900 bottles.

We have been very fortunate to be able to try all the the wines from the first two 3 Miradas releases thanks to the generosity of María Alvear and Álvaro. The Vino de Pueblo is the only wine from the two releases we have tried that is readily available in the UK.

The 2018 vintage, which we have yet to try, is available from Noble Green Wines at the link here.